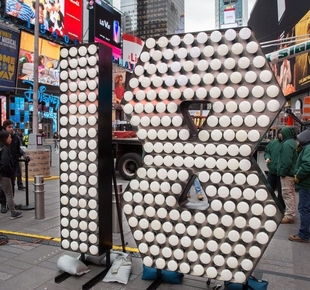 2018 was a profoundly exciting year for us, launching the careers of five artists, all of whom we believe will go on to achieve great things.

Our first release was the hard-hitting ‘Wolf’ by Vineyard Cries, whose music blends fierce, emotive hip-hop with delicious pop sensibilities  – upon ‘Wolf’s release, VC was described by Vents Magazine as ‘one of the most interesting acts coming out of London’. VC went on to release two subsequent singles, ‘Confessions’, whose video went on to rack up over 100,000 YouTube views in a month and the new wave infused ‘Holes’, a song with a strong political bent, described by The Line of Best Fit as ‘a cohesive melting pot of foreboding indie and hypnotic lyricism’. Spin all three of VC’s releases here

Next was the infectious ‘Technicolour’ by George Shelley, who you may know from his former group, union J. Thanks to the strength of the single, George went on to open London Pride. He then went on to make a number of television appearances, speaking openly about how the death of his sister affected him, his subsequent struggles with mental health and how his music helped him overcome them, as well as the difficulties of coming out.  In October, the BBC aired ‘Learning to Grieve’, a documentary that conveyed George’s experiences and coping mechanisms after the death of his sister. George didn’t only release a fantastic song, he was also the much-needed voice of many people worldwide.

Give Technicolour a play here.

Shortly following ‘Love’s Gone’ was a double A-side from multi-instrumentalist virtuoso Gentry whose brilliantly zany music flourishes with shades of Prince and MJ. Gentry’s soul laden electro-pop left us brimming with excitement as soon as we heard it. As prolific as he is brilliant, the future is bright for this exceptional artist.

What’s more 2019 promises to blast Touch Recordings into the stratosphere with more releases from all of the artists mentioned here, as well as a debut from Harry Mold, for whom we coined a new genre: Indie Rock & Soul. Harry’s debut show, supporting  Charlotte O garnered widespread critical acclaim: a killer live artist with a significant, diverse repertoire of material. Harry will be kicking the year off for us with a show at Laylow of Notting Hill’s belated Christmas bash. There’s sure to be a host of new artists added to our roster too; so watch this space.